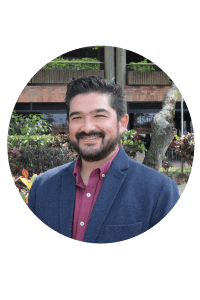 Dan is a passionate international educator and leader with over 22 years of experience as a teacher, principal, and head of school in Colombia and Canada. During his career he has led the implementation of project-based learning, STEM education, and has overseen school growth and expansion. Dan holds a B.A. in Sociology, a B. Ed. in Primary-Junior Education, an M.A. in Education, and is completing his educational doctorate in international school leadership at the University of Western Ontario. Prior to his career in teaching, Dan worked in outdoor education settings, leading excursions for school groups and at-risk youth. 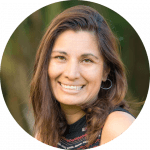 Verena Castro has been in the education field for over 20 years. She started her career working at public and private schools in Costa Rica. In addition, she founded Pedagogical Consultant Services, a consultant company providing support to teachers, parents, and school administrators on effective educational methods and school culture improvement. On 2002 as part of a new learning challenge she moved for two years to Boston, Massachusetts; but ended staying 10 years. In Massachusetts, she taught Spanish Language Arts for bilingual students, and Spanish as a Second Language for new students at the middle school level. Later she was promoted as Foreign Language Coordinator, designing the Spanish and French programs for all levels of Middle School. She soon was promoted to another leadership role, as a Dean of Students, fostering the school’s culture by creating a learning environment with clear and safe expectations for students and teachers. Upon her return to Costa Rica, in 2013, she joined Del Mar Academy; first as a Learning Specialist and later as Dean of Students. Ms. Verena received an undergraduate degree in Elementary Education and a bachelor degree in Special Education from the National University in Costa Rica. She holds a Masters degree in Educational Psychology from the University of La Salle and Masters degree in Educational Administration. She has given seminars in Costa Rica and the USA about many topics, including “Teenagers in Social Risks”, “Bullying”, “Differentiation in the Classroom”, “Students as Leaders”, and “The Importance of the Game in Special Education”. She believes that all students can learn and achieve their goals through hard work and a motivational and supportive environment. 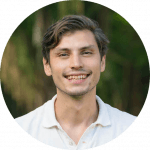 Juan Diego was born and raised in San José Costa Rica. He holds a bachelor’s degree in Business from Universidad Nacional, and studied Philosophy at the Universidad de Costa Rica. Juan Diego is an accomplished guitarist, trained for six years at Academia de Música Moderna in San José. He served as president of the Student Association while attending Universidad Nacional and worked in the credit department in Banco Popular de Costa Rica. Most recently, he represented World Vision International as a deal maker for social investment projects in Costa Rica. Mr. Rojas has written economy-related articles for the business magazine Centro de Desarrollo Gerencial, and has led conferences about investment models and social economics for the Business School of the Universidad Nacional. In his free time he loves to surf, bike and play musical instruments. 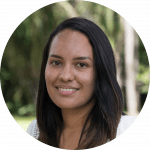 Angela is from Santa Cruz, Costa Rica. She holds a Bachelor Degree in Business Administration from Universidad Latina de Costa Rica. Prior to joining our school, Angela worked for 7 years as cost controller for several luxury resorts in the Guanacaste area. In 2015 she moved to Nosara and started a family. Her interests include art, traveling, cooking, reading and going to the beach. 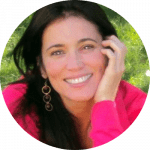 Elena holds an MBA from the Universidad Internacional de Las Americas in San José, Costa Rica. After 12 years working for a variety of Costa Rican companies, she started her own small business. Currently, Elena is a consultant ro medium and small companies in strategic planning, budgeting, analysis of commercial investment options, and marketing. She has found her new business venture very fulfilling for it enables her to work at a different pace allowing her to share more time with her family. She loves the dynamic at Del Mar Academy and hopes that each constituent’s goals are met –students, parents, teachers and the community.